Pouring the foundation pad and building the block base walls

We selected a suitable location just off the patio and proceeded to dig up the area for the foundation pad. There are mature silver poplar trees on either side of the pad. It took lots of effort to dig up sod and cut through roots to get deep enough for a 5 ½” pad. After the area was formed up, we poured the pad, using 75 60# bags of concrete mix. Rebar was added when the pad was halfway poured. The pad rests on about 3” of pea gravel so it will float when the ground freezes. We let the pad cure for two weeks before starting on the block walls. 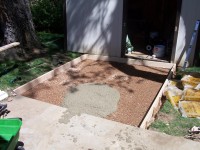 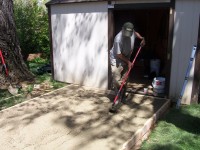 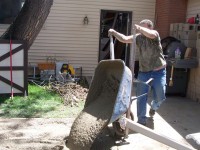 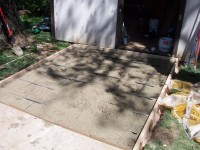 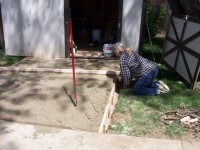 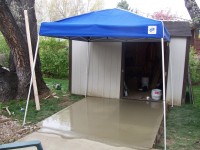 After a trip to the surplus brick yard with my trailer to pick up 60 block, we laid out the wall pattern. Rebar upright tie-ins were placed using a hammer drill to secure the walls to the foundation. The top course had rebar laid in the cavity to tie the whole wall together. We opted to use rebar and concrete to span the opening for the wood storage area instead of using angle iron. After the four courses were laid the corner blocks were filled with concrete. The walls cured for a couple weeks before we moved on to the next step. 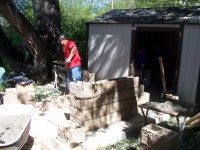 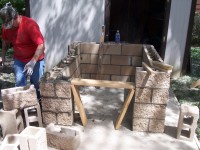 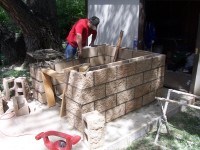 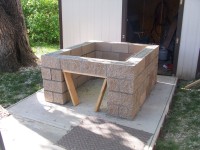