We used half width block to lay up the side and back walls. 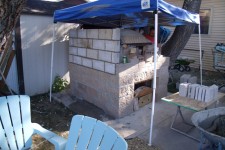 The arch for the front of the oven was laid up using the same form as the dome. The smoke chamber and flue tile supports were incorporated at the same time. After the walls and front were in place the space between the oven and the walls was filled in with insulating cement/vermiculite, which is also over the top of the oven 3-4" thick. 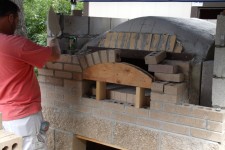 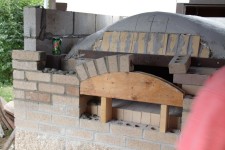 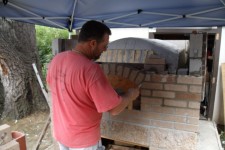 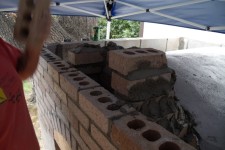 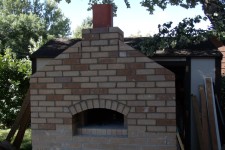 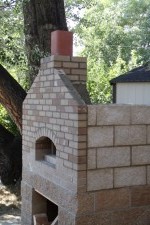