Building the walls of the oven

Before the oven chamber walls were laid up, I laid a couple courses of brick across the front and doorway of the oven. Not being a bricklayer by trade, it took me most of a day. 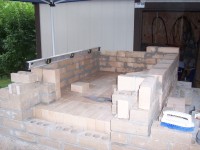 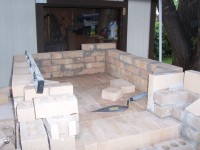 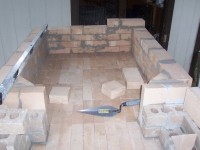 I opted to lay the oven walls with the bricks laying in courses, rather than standing them vertically. A plastic dead-blow hammer was used to set the bricks in place.

After the walls were laid, it was time to mock up the arch for the dome, and cut the angled bricks that support the ends of the arches. Notice the different colored bricks, which also turned out to be slightly different dimensions. 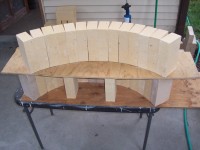 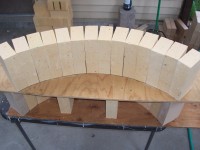 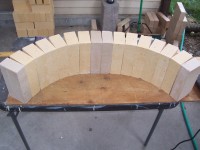