Building the dome ceiling of the brick oven

The temporary arch supports were cut from scrap plywood, with 2x4 spacers deck screwed between them. I used scrap 2x6 pieces resting on 3/4" scraps to hold the support in place while the arches were laid. 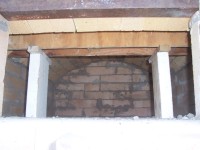 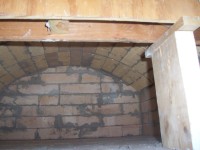 I was concerned that the walls would get pushed out while the dome was being assembled so I built a temporary frame around the outside of the oven. This also provided a place to sit while working. 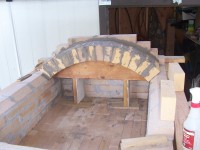 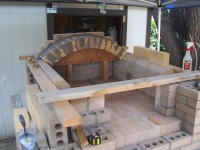 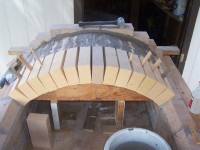 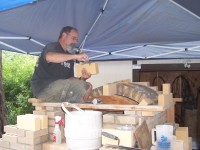 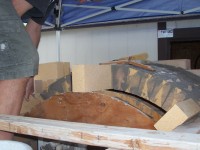 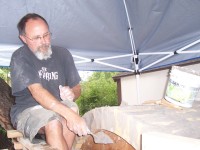 I dry fit each arch before mortaring anything, and found that it sometimes took a combination of different firebricks to end up with tight joints. I used small scraps of wood as spacers to hold the firebrick in place. The dead blow hammer was used to set the brick so that the interior joints are very tight. Working from each end in to the middle of the arch seemed to be the best. Each brick was dipped in water and buttered before placement. 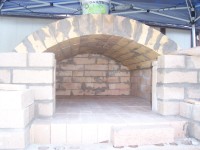 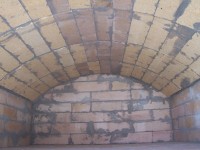 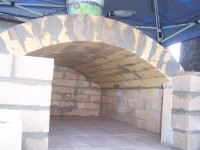